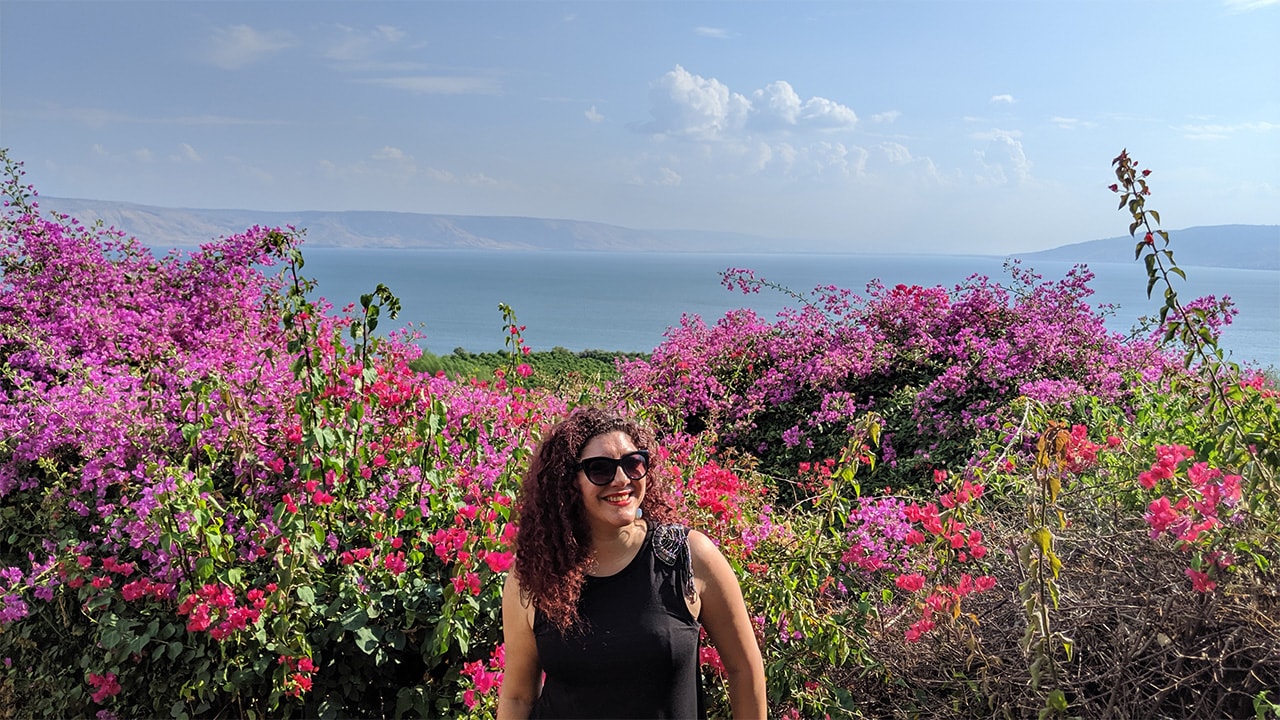 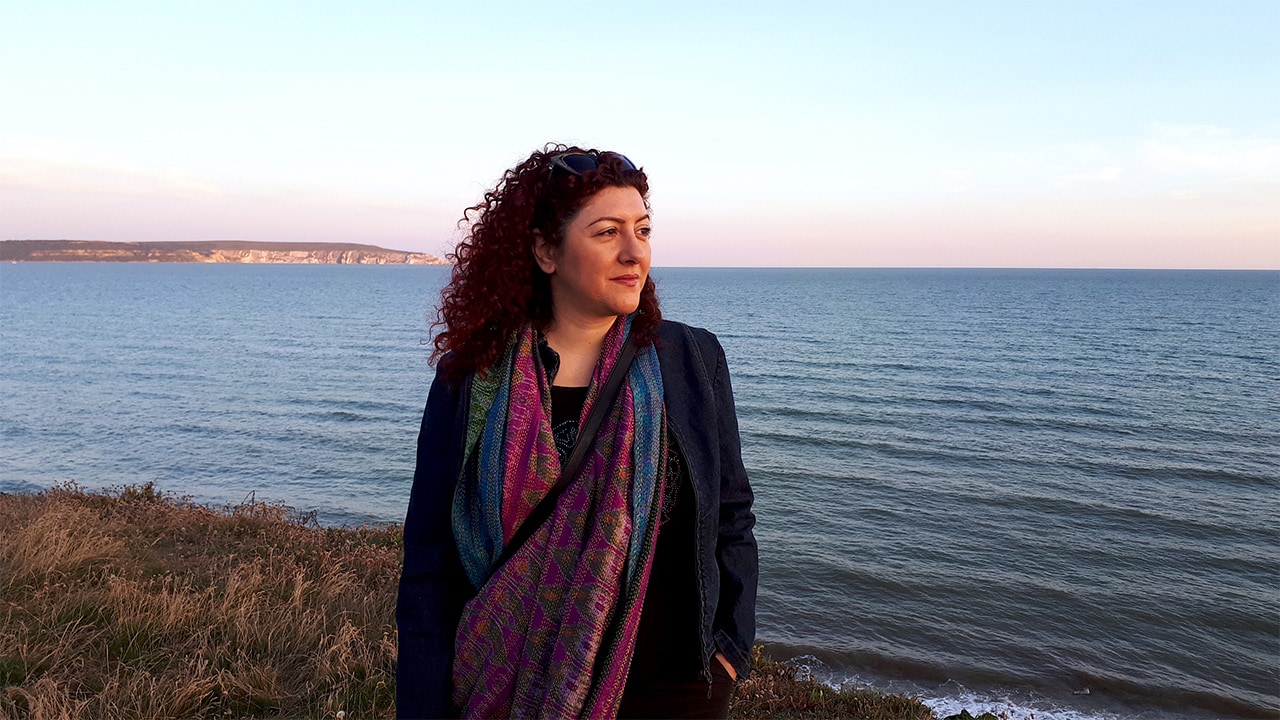 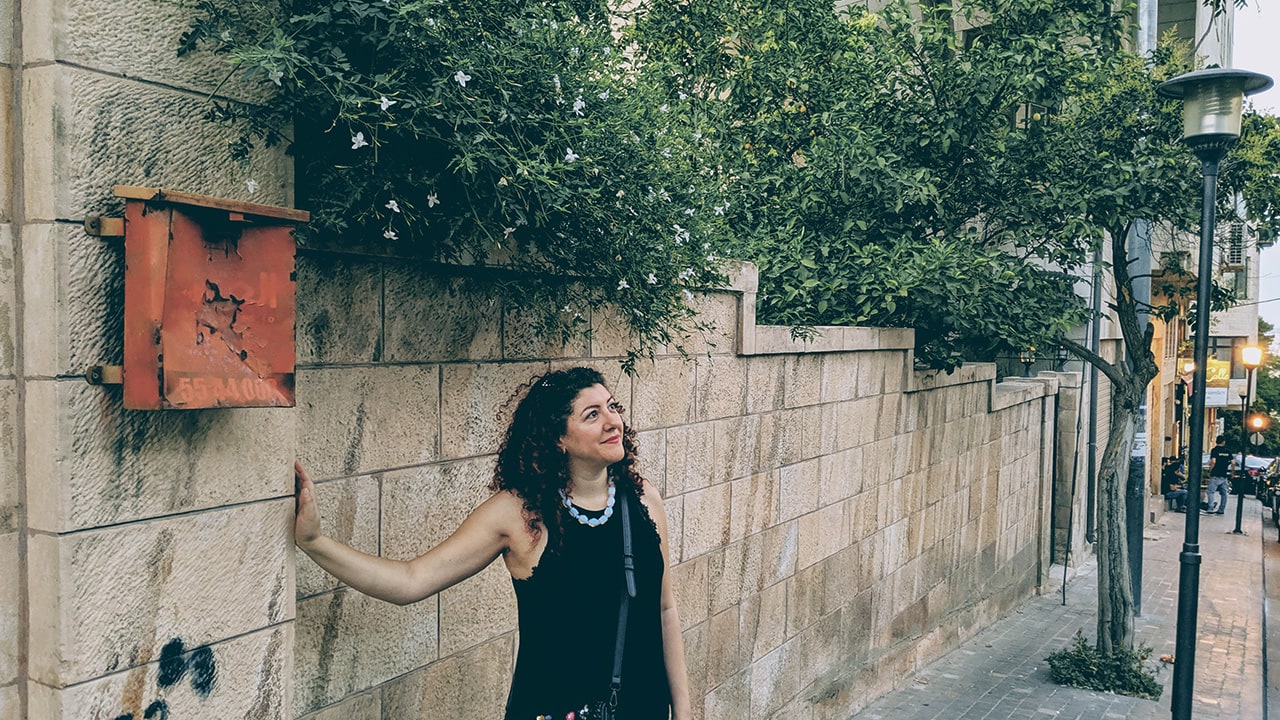 H ind Shoufani is a multi-dimensional Palestinian-American filmmaker, writer and poet.
She has channeled all the influences that living in Damascus, Amman, Beirut, NYC and Dubai have woven into her upbringing, values and career, while celebrating her ancestral Palestinian identity at the center of her being.

Born in Sidon, a city built to honor the divine feminine, Hind is a committed storyteller. She anchors the personal/collective memory of her people in literary and visual expression, in the belief that we must reclaim and protect our truth, histories, and dreams– as dispossessed people, Arab women, and uncensored artists.

As a Fulbright scholar, she graduated from The Tisch School of the Arts at New York University, with a Master of Fine Arts in Film Writing/Directing. 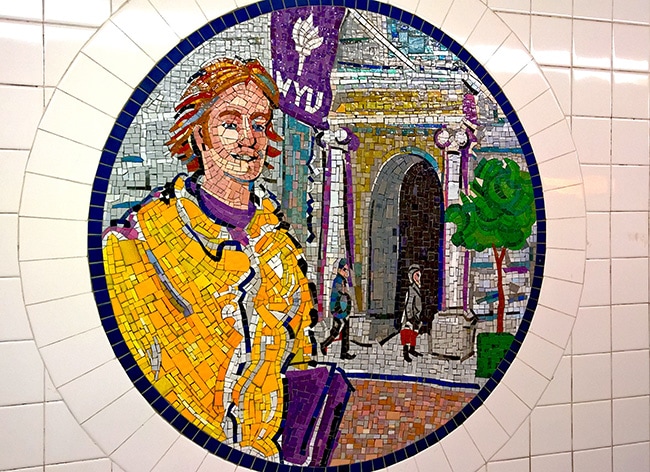 She holds a BA in Radio/TV/Film from the school of Communication Arts at the Lebanese American University where she was happy to also teach filmmaking between 2006- 2008.

As a bright-eyed scholar at the International Writing Program in Iowa University in 2011, Hind learnt further how to synthesize her multidisciplinary work merging poetry and film.

Hind is deeply gratified to have been a director, producer, editor of both video and the written word, shimmery poetry performer, event organizer and host, researcher, English/Arabic translator, bilingual prose writer and university professor since she began her career in 1999.

She, her Viking wordsmith of a partner, 67 demanding house plants, jars of glitter and ever-expanding hard drive collection are all currently based in Dubai in the nice winter months.

In the summer, Hind works, travels and retreats to be inspired in other Arab homelands of her past, in the picturesque coastline of Southern England and in the bustling East Coast of the US.

She is greatly looking forward to all the beautiful work that is yet to be accomplished.

MOOD BOARD OF THE SELF